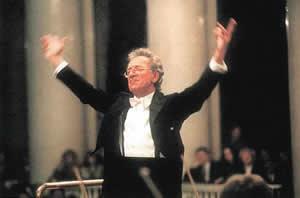 Yuri Temirkanov was born in 1938, near the capital city of Nalchik, the Kabardino Balkarian Republic, in the north Caucasus. At the age of 15 years he went to Leningrad (now Saint Petersburg) where he enrolled at the Leningrad Conservatory's Secondary School of music. His passion at that time was the violin, which he studied during his early school years. Later he enrolled in the Orchestral Department of the same Conservatory and continued his musical studies, graduating from it with a post graduate degree in conducting.

He won his first prize at age 28, at the All-Union Conductors Competition in Moscow. This was followed by a tour of America with K. Kodrashin, David Oistrakh and the Moscow Symphony Orchestra. His rising talents as a sensitive conductor in 1966 landed him the appointment at the Maly Opera and Ballet Theatre in Leningrad where he worked on such operas as "La Traviata" (1966), "Elixir of Love" (1968) and the Russian production of "Porgy & Bess" (1972). 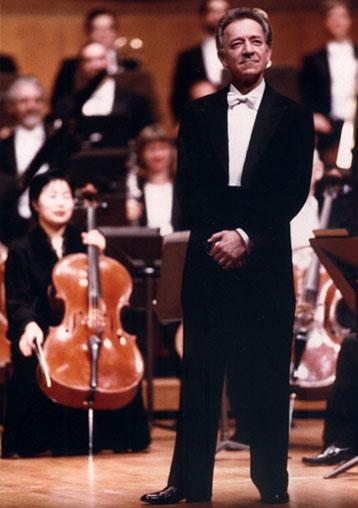 He became Chief Conductor and Music Director of the Leningrad Symphony Orchestra in 1968 and continued this work until 1976 when he moved to the Kirov Opera Ballet Theatre as its Chief Conductor and Artistic Director. Here he staged such famous works as "Eugene Onegin" (1982) and the "Queen of Spades" (1984). With the Kirov Opera he toured many European centers and several cities in the United States. Temirkanov was to become known as the first conductor ever to play symphonic concerts with the orchestra of the Kirov Theatre.

Temirkanov regularly gives master classes at the Curtis Institute (Philadelphia) and at the Manhattan School of Music (New York). In 1990 he recorded a special Concert with the Columbia Artists of the Gala Concert in St. Petersburg of the 150th anniversary of the birth of P.I. Tchaikovsky. In 1996 Temirkanov was chosen to conduct the Gala Concert of the United Nations in Rome, celebrating its 50th anniversary.

"Phenomenal is a word rarely applied to conductors but in the case of Yuri Temirkanov it has to be used".
Jyllands-Posten, Copenhagen

"Yuri Temirkanov is amazing not only by his highest emotional tension and originality of interpretations, but also by great power of his personal influence over musicians. He has very bright graphical expressiveness of conductor's technique, and audience can get a possibility of visual percept of the harmonious orchestra's playing under his conductor's baton".
New York Times