Lonely Knight the Caucasus on the Path of the Arts 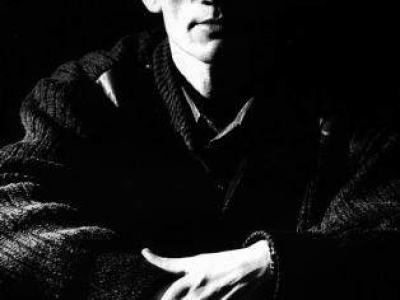 While visiting my father’s Homeland for the first time in my life I made a discovery of works of an astonishings and original Master Ruslan Tsrymov. His paintings impressed me by their delicate refined color, which at the same time gave a feeling of a reserved power. Taking a close look at his canvases you become aware that their power in combination with elegance is nothing else but a unique interpretation of the mysterious laws of the surrounding nature and the transformation of the coded signs of nature with the keys known only to him. Sometimes embodying them into real images, which seem quite perceptible, Tsrymov still preserves the air of their mystery and inscrutability, and that turns his canvases into a large international Art. The compositional setting of his pictures is strikingly irreproachable. The rhythms of spots and lines again indicate the shrewd and profound study of the laws of Mother Nature. At the same time you feel a strong connection with the best models of the Ancient Art and the philosophy of Ancient Masters, which is based on the penetration into the World of Harmony.
“The eyes are the mirror of the soul”, sages used to say. What surprised me in Ruslan were his eyes-the eyes of a lonely, sincere and wise man going his own may along the hard and complicated road of life. “The pictures are the soul of the artist”, sages say. They are right.
I have a dream, and I will do my best to have it realized, to show the Art of this Master to the American people.
Let God give you, my brother by spirit and birth-good luck, happiness and victories in you Art. I firmly believe in the creative might of the Adyghe people. Best wishes to the kinghts of the Caucasus on the paths of the Arts.