The Circassian Mamluks were slaves bought by the Bahri Mamluk Sultan Qala‘un. Much like the Bahri Mamluk dynasty, the Circassian sultans usually gained power through murder and usurpation rather than natural succession and inheritance. In 1382, a Circassian slave took control of Egypt. His reign began the Circassian rule. This was a dangerous time where few people were safe. Both Christians and Jews were persecuted. Christians were made to wear heavy five-pound crosses around their necks and Jews had to wear black stone balls around theirs. In this empire, the people were taxed heavily. Despite the political turmoil, the Circassian Mamluk Period was the greatest epoch of Egyptian architecture. 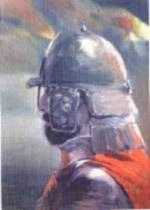 
Developments made at the Mosque of Sultan Hasan were carried through in the architecture of the Circassian Dynasty. The traditional form of the madrasa and mosque complex was transformed, creating, as in the Mosque of Sultan Hasan, a madrasa that also included the Friday mosque for congregational sermons. Living units were also omitted as an integral part of the religious complex. Instead, they were integrated into the commercial part of the complex as apartments for families. This meant that those of the Sufi doctrine no longer had to live in the complex. The form of the religious complex was changing greatly as the strict regulations for the madrasa were abandoned. 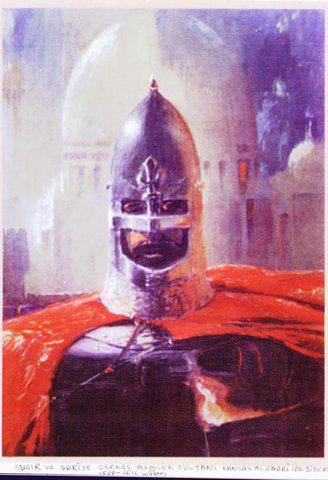 
The builders of the Circassian Mamluk period also developed the ribbed stone dome that was unique to Egypt. Originally constructed in the same manner as brick masonry, early stone domes were coated with plaster to conceal the joints. Stonework was soon adapted so that the joints were easily hidden and plaster was no longer needed. Builders also developed ribbing, which was probably derived from the ribbed stone helmet of the minaret of Amir Qusun. The ribbed stone form has since been developed and altered to include the intricate patterns that are typical of the Circassian Mamluk dynasty. The stone dome, however, quickly disappeared shortly after the Ottoman conquest of 1517, marking an end to the great advancements of the Mamluks.

The Circassian Mamluk Dynasty has been considered one of the most amazing periods in Cairo’s architectural history. The Mamluks were able to produce some of the most inspiring and breathtaking structures in the Islamic world. An example of early Circassian architecture is the Funerary Complex of Sultan Barquq, the first Circassian ruler. Like the Mosque of Sultan Hasan, the Complex of Barquq was a madrasa teaching the four rites, a Friday mosque, and a mausoleum. However, it was also a khanqah for Sufis, unlike the Mosque of Sultan Hasan. The Mosque of Sultan Barquq was a large foundation, housing 125 students and 60 Sufis. It also had living quarters for teachers and stables for their horses.


The exterior is typified by the muqarnas portal near the large funerary dome, which is flanked by an intricately carved minaret. At the base of the dome is a band of muqarnas. There is also a tiraz band that runs along the facade.

Sultan Qaytbay ruled from 1468 to 1496 and was devoted to the construction of religious institutions. Because his rule was long and stable, he was able to practice and develop the new styles of the time. The architecture of this time was not monumental as it had been in the past, but rather focused on the works of stone carving and the refinement of proportions. Sultan Qaytbay’s reign was a time of consolidation of ideas and practices rather than a time of innovation. 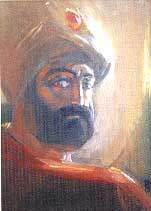 
Sultan Qaytbay’s religious complex includes four iwans in the madrasa, cells for students, a tomb, a sabil (public drinking fountain), and a boys’ primary school with an open loggia above it. The asymmetrical association of shapes within the building’s plan expresses all of those functions in a masterful solution of architectural composition responding to the irregular site. Large maydans, narrow rectangular clear spaces within the walls, form irregular alleys around the perimeter but create a more regular interior space. On the exterior, the building is "tiger" striped with alternating colored stones, a motif that can be traced back to the late Roman and Byzantine masonry. The plans of the minarets are transformed from square to octagon to circle between the ground and their pinnacles. The Tomb and Madrasa of Sultan Qaytbay is a remarkable piece of architecture.