Tevfik Esenç (1904 - October 7, 1992) was a Circassian exile in Turkey and the last known speaker of the Ubykh language.

Esenç was raised by his Ubykh-speaking grandparents for a time in the village of Haci Osman in Turkey, and he served a term as the muhtar (mayor) of that village, before receiving a post in the civil service of Istanbul. There, he was able to do a great deal of work with the French linguist Georges Dumézil to help record his language.
Blessed with an excellent memory, and understanding quickly the goals of Dumézil and the other linguists who came to visit him, he was the primary source of not only the Ubykh language, but also of the mythology, culture and customs of the Ubykh people. He spoke not only Ubykh but Turkish and the Hakuchi dialect of Adyghe, allowing some comparative work to be done between the two languages. He was a purist, and his idiolect of Ubykh is considered by some as the closest thing to a standard "literary" Ubykh language that existed.

Esenç died in 1992 at the age of 88. The inscription that he wanted on his gravestone read as follows: This is the grave of Tevfik Esenç. He was the last person able to speak the language they called Ubykh.

Since October 7, 1992, when its last native speaker (Tevfik Esenç) died, the north-western Caucasian language Ubykh must be considered extinct.

The fate of Ubykh is particularly sad not only because of its structural peculiarities that make it so interesting for us linguists, but also because its extinction is the final result of a genocide of the Ubykh people. Until 1864 they lived along the eastern shore of the Black Sea in the area of Sochi (north-west of Abkhazia). When Russia subjugated the Muslim northern Caucasus in the 1860s, tens (or hundreds?) of thousands of people were expelled and had to flee to Turkey, no doubt with heavy loss of life. The entire Ubykh population left its homeland, and the survivors were scattered over Turkey.

Our knowledge of Ubykh owes particularly much to Georges Dumézil (La langue des Oubykhs. Paris 1931) and Hans Vogt (Dictionnaire de la langue oubykh avec introduction phonologique. Oslo 1963). Until recently, the last native speaker, Mr. Tevfik Esenç worked with several linguists so that as much as possible of his people’s language could be recorded. The 1991-92 (No 6-7) issue of the Revue des Études Georgiennes et Caucasiennes was dedicated to Tevfik Esenç.

The most striking structural feature of Ubykh is/was its large consonant inventory, consisting of 81 segments according to John Colarusso (“How many consonants does Ubykh have?”, in George Hewitt (ed.) Caucasian perspectives. Unterschleissheim: Lincom Europa, 145-55). To elucidate some of its puzzling features, Mr. Esenç even allowed himself to be x-rayed while articulating. For many years Ubykh was thought to be the world record-holder of consonant inventory size. Now it seems that some African languages surpass Ubykh in this respect, but still, Colarusso remarks, “any rigorous account of human phonetic percepual capacity will have to take into accountthis precious marvel, Ubykh”. This precious marvel is now lost forever. 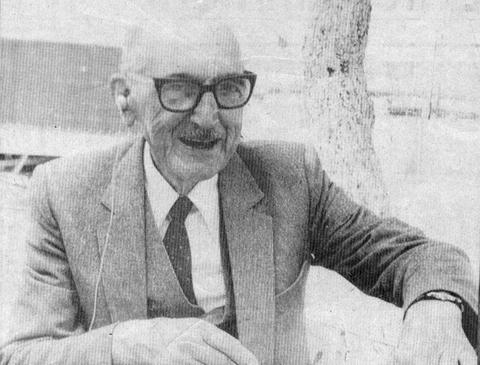 Language will die with man now 82
By John-Thor Dahlburg, the Associated Press., ca. 1987.


BANDIRMA, Turkey – When 82-year-old Tevfik Esenç dies, what linguists say is the world’s rarest living language will become a dead one.

A century and a half ago, the Oubykh language belonging to the Caucasian group of languages was spoken by as many as 50,000 Oubykh tribesmen in the Caucasus valleys east of the Black Sea.

Now a frail farmer in Turkey is the last known speaker, and language scientists visit Esenç in a hamlet in Asia Minor to register his every word.

“Because Oubykh today is just one man and he will one day disappear, all of this fuss may appear trivial, even useless,” said Georges Dumézil of the Académie Française, who has studied Oubykh and other Caucasian tongues for more than 50 years. “But from a scientific point of view, each and every language has great importance.”

For researchers like Dumézil, Oubykh’s fascination lies in its extreme variety of sounds, or phonemes. English has about 30 different phonemes, while Oubykh boasts more than 80, including four different pronunciations of the twinned letters “sh.”

There are 82 consonants, but only three vowels. Transcribers have had to use both Greek and Latin letters, plus some signs of their own invention, to capture the wealth of sounds.

“Oubykh is doubly interesting, first because only one person still speaks it, and second because there is that huge number of phonemes,” said Dr. Luc Bouquiaux, deputy director of the Paris-based Laboratory for Languages and Civilizations of Oral Tradition.

It was the French center’s 40 researchers who identified Oubykh as the world’s rarest language – “unquestionably the rarest because there is only one man who can speak it,” Bouquiaux said.

The Caucasian tongue is also “among the richest, if not the richest, language we know in terms of the sounds you have to make to speak it,” Bouquiaux added.

Oubykh’s decline started with the exodus of the Moslem herders and farmers from czarist Russia in 1864 after the Crimean War, and their resettlement in Ottoman Turkey near the Sea of Marmara.

There, the need to speak Turkish to be understood, plus competition from other Caucasian languages, made a knowledge of Oubykh useless. Today only Esenç has complete mastery of the tongue, though four or five other tribal elders still remember some phrases.

“No one is really responsible for the death of our mother tongue,” said Esenç in a recent interview in Bandirma, speaking Turkish through an interpreter. “It happened because of our poverty, and our being dispersed several times by the Russian czars and the Turks.”

To preserve as many scraps of the dying language as possible, linguists have taken Esenç to Oslo and to Paris, where he has been four times. Others have trooped rutted tracks to the farm village of Haci Osman where the last of the Oubykh speakers lives in a hut with a dirt floor.

When Esenç dies, Dumézil said, “much will be lost. But much has already been saved, and unlike ancient Greek or Latin, we have Oubykh speakers on tape.”

There is no chance, scholars and native speakers agree, of resurrecting Oubykh as a living language.

“Turkish authorities aren’t interested, and our own young don’t want to learn it,” Esenç said. His three sons are incapable of carrying on a conversation in their father’s tongue.

Scholars praise the cooperation of Esenç and other villagers in helping them pierce the mysteries of the dying language before it is too late. “Tevfik immediately understood the importance of helping us,” said Dumézil, who has thousands of Oubykh words inscribed on file cards awaiting incorporation into a French-Oubykh dictionary.

Esenç hopes to die where he was born – in the hilly village of Haci Osman near Bandirma. He says he already has written the inscription he wants carved on his tombstone of white marble:

“This is the grave of Tevfik Esenç. He was the last person able to speak the language they called Oubykh.”

Tevfik Esenç at 82, from Associated Press, printed in The Arizona Daily Star, 1987.