As Ukraine becomes increasingly interested in the Circassian issue, the stakes rise significantly. Ukraine is not only one of the biggest neighboring countries, but it also has substantial expertise in how the Russian government machine works and how to deal with it. The Circassians, in turn, may potentially receive an invaluable friend that can provide real assistance to them. 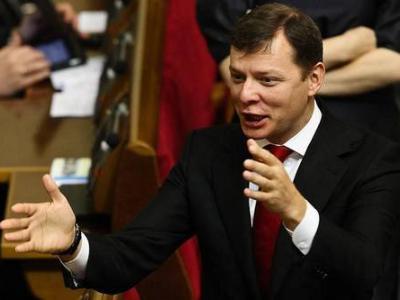 Oleg Lyashko, the outspoken deputy of the Verkhovna Rada, Ukraine’s parliament, published on the parliament’s official website his legislative proposal to recognize the 19th century Circassian “genocide” (Verkhovna Rada Ukraini, July 1). The proposal cites, by way of justification provided by the United Nations Convention on the Prevention and Punishment of the Crime of Genocide from 1948, “criminal acts of the oppressive Tsarist regime of the former Russian Empire,” historical justice, similarities between the tragic fate of Ukrainian people and other oppressed peoples, and the Kabardino-Balkarian parliament’s 1992 condemnation of the “genocide” of Circassians during the Russian-Caucasian war (Adyghe Heku, July 9).

Apart from initiating deliberations on recognizing the Russian Empire’s “genocide” of the Circassians, the legislative project proposes recommending that the Ukrainian government implement a range of supplementary but highly visible measures. In particular, the Ukrainian National Academy of Sciences and the Ukrainian Institute for National Memory would be encouraged to participate in organizing an international scientific conference on the “colonial policies of the Russian Empire in the Caucasus in the period from 1763 to 1864 and the crimes committed against the indigenous peoples of the Caucasus.” The conference would be expected to supply the Verkhovna Rada with the relevant historical, political and legal evidence, as well as recommendations. The parliamentary committees on human rights, culture, legal issues and foreign affairs are expected to hold hearings on the issue of recognizing the Circassian “genocide” and pass on their recommendations (Adyghe Heku, July 9).

By considering recognition of the Circassian “genocide,” Ukraine has created an entirely new situation in the North Caucasus, with the Circassians, unlike the vast majority of the country’s population, starting to oppose Russian support for separatists in eastern Ukraine. A similar but less pronounced sentiment can be found in other areas of the North Caucasus. The unrest in Ukraine has practically contributed to the further separation of the North Caucasus from the rest of Russian Federation, as some North Caucasians—in particular, the Circassians—clearly believe a Russian victory in the conflict in Ukraine would not be to their benefit. Ukraine, in turn, realizes that despite the dissolution of the Soviet Union, the Russian Federation remains a multinational empire with many oppressed and voiceless minorities. Given the strained relations between Ukraine and Russia, and aggressive Russian actions toward Ukraine, the Ukrainian government is naturally inclined to divide the ranks of its opponent by supporting the aggrieved groups. Apart from the war rhetoric and stoking fear of foreign enemies, Russia has little to counter the support of foreign actors for its minorities.

A letter from the administration of the president of Ukraine to one of the people who petitioned the Ukrainian government once again emphasized the seriousness of the Ukrainian government about possibly recognizing the Circassian “genocide.” Dr. Karden Murat Yildirim received a letter from the Ukrainian presidential administration which confirmed that Ukraine’s Foreign Affairs Ministry had already made a preliminary assessment of the issue. The Ukrainian presidential administration expects the country’s parliament will consider all of the available evidence to arrive at a well-founded decision regarding recognition of the Circassian “genocide” (Natpress, July 9).

Kabard also cast doubt on the genuineness of the primary partner of the ICA in Turkey, the Federation of the Caucasian Associations in Turkey (KAFFED). According to the Circassian activist, the ICA and KAFFED held a joint meeting to counter Ukraine’s possible recognition of the Circassian “genocide.” The ICA argued that only it could represent Circassians worldwide, and no one else apart from it can ask for a recognition of the Circassian “genocide.” The other argument was that everything concerning Circassians was an internal Russian affair. Kabard wrote that the Russian state “failed to open the way home in Circassia to the Syrian Circassians, spit in the face of Circassians at the Olympics in Sochi 2014 and, using the ICA and KAFFED, stole an entire generation of Circassians, paralyzing their activities. Now it is trying to steal the second generation, which is perhaps the last still capable of making up a united nation” (cherkessia.net, July 8).

As Ukraine becomes increasingly interested in the Circassian issue, the stakes rise significantly. Ukraine is not only one of the biggest neighboring countries, but it also has substantial expertise in how the Russian government machine works and how to deal with it. The Circassians, in turn, may potentially receive an invaluable friend that can provide real assistance to them and offset the loss of Tbilisi’s support for their cause, which originated with the former government of Georgian President Mikheil Saakashvili. Now the cause of the Circassians appears to be quietly gaining some level of traction and increased backing among the Ukrainian political elite as evidenced by the support of Ukrainian lawmaker Oleg Lyashko. The initiative may have been inspired by Russia’s recruitment and deployment of fighters of North Caucasian origin to eastern Ukraine. This move by Moscow caused a great deal of outrage among many in Ukraine, and it may now come back to haunt Russian President Vladimir Putin.