Moscow Reluctant to Permit Cooperation between Crimea and the North Caucasus 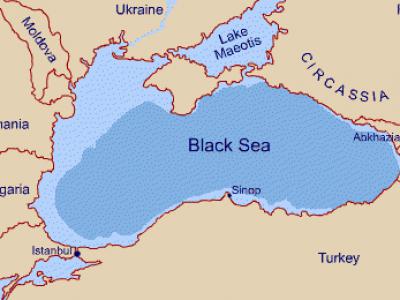 Following last year’s annexation of Crimea, Russia’s initial tactic was to propagate multiple connections between the people on the peninsula and the country’s population. A year later, North Caucasian activists say that the Russian government is insulating Crimea from the North Caucasus and preventing the two regions from cooperating and developing relations.

The head of the Russian Congress of the Peoples of the Caucasus, Aliy Totorkulov, warned that resolving the problems of Crimea without taking into consideration the problems of the North Caucasus would be impossible. According to Ruslan Kurbanov, a senior fellow at the Russian Academy of Sciences’ Institute of Oriental Studies, “Crimea and the Caucasus historically were not simply close to each other, they comprised a single cultural space, within which the peoples of the Caucasus–Black Sea region formed. Family, economic, spiritual and cultural ties between Crimea and the Caucasus are stronger even than those between many peoples of Europe” (Onkavkaz.com, June 17).

The Crimean peninsula is indeed an extension of the Caucasus region geographically. It is not surprising that relations between the North Caucasians—specifically, the Circassians in the northwestern Caucasus—and the Crimean Tatars were historically quite strong. However, the ethnic structure of both Crimea and the northwestern Caucasus has changed profoundly since the Russian conquest of both areas. The most significant change took place in the northwestern Caucasus, where the Circassians were ethnically cleansed from their homeland after the Russian conquest of the 19th century. Currently, ethnic Circassians comprise about a half a percent of the 5.2 million people of the Krasnodar region, which borders the Crimean peninsula (across the Kerch Strait). The Crimean Tatar population in Crimea is just over 12 percent of the peninsula’s two million people.

Since the annexation of Crimea, Moscow has significantly increased the level of repression against the Crimean Tatars. Now, they cannot even openly mark the anniversary of their deportation by Soviet authorities in 1944. A large rally in the center of the city of Simferopol had become a tradition for the Crimean Tatars to mark their mass deportation to Central Asia by Joseph Stalin on May 18, 1944. Since the annexation, however, the Russian occupying authorities have banned the commemoration and forced the Crimean Tatars to mark those events privately or in mosques (Kavkazskaya Politika, May 17).

In the North Caucasus, most of the ethnic groups that were deported by Stalin’s regime can still mark those events openly in public. Balkars in Kabardino-Balkaria, Karachays in Karachaevo-Cherkessia, and Ingush in Ingushetia can openly commemorate their mass deportation by the Soviet authorities during World War Two. However, the anniversary of the mass deportation of Chechens became a controversial issue after the ruler of Chechnya, Ramzan Kadyrov, started persecuting activists for organizing public commemorations.

Crimean activists, most of them Crimean Tatars, visited all of the republics of the North Caucasus and Stavropol region in August 2014. In the fall of 2014, activists from the North Caucasus, in return, visited Crimea. Both visits were organized and sponsored by the Altair Foundation and Aliy Totorkulov’s Russian Congress of the Peoples of the Caucasus. The delegation of North Caucasians met, among others, the governor of the Russian administration of Crimea, Sergei Aksyonov. Totorkulov reiterated his vision of Crimea as a region with close connections to the North Caucasus. In turn, Aksyonov said in his concluding remarks that he was prepared to devise an entire strategy for the development of socio-economic, educational and cultural ties with the republics of the North Caucasus and personally supervise the project (Onkavkaz.com, June 17). Totorkulov’s initiative was not the only one in the North Caucasus: Aksyonov visited Chechnya in June 2014, and Kadyrov vowed to invest in Crimea and develop its infrastructure (Yuga.ru, June 15, 2014; see EDM, March 26, 2014).

Signals from Moscow that the Russian Federation is a state for ethnic Russians inevitably increase nationalism among other ethnic groups of the country. The Kremlin’s gamble in Ukraine, including the annexation of Crimea, unintentionally raised issues within Russia that the country’s leadership does not seem to be willing to address (see EDM, March 12, 2014; April 7, 2014).