Circassians Establish Fund to Help Repatriation to the North Caucasus

The repatriation of compatriots has long been one of the primary demands of Circassian activists, and the new organization should be able to focus their efforts on a feasible and positive agenda despite the Russian government’s anticipated opposition. 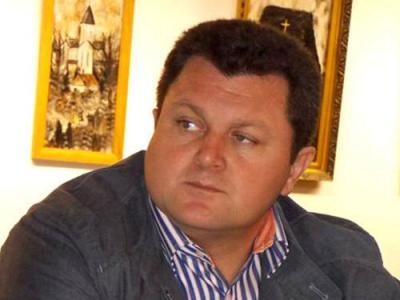 “Having considered the hurdles and the problems of Circassians returning to their homeland from Syria, the initiative group worked out the principles of the organization,” the Kabardian Congress leader told the Kavkazsky Uzel website. “This is the first international Circassian organization that will work only on repatriation, focusing only on this issue. No politics, no confrontation, no political statements—only humanitarian work. In the first place, it will provide financial and legal assistance in the process of returning home. In order to do so, the organization will accumulate financing and use it to implement its activities” (Kavkazsky Uzel, July 23).

While the organization aims to bring Circassians back home from other countries and avoids politically charged language on its website, it will certainly encounter politically motivated counteraction by the Russian government. Despite the future hurdles, however, the creation of the organization is certainly an important step toward working out an agenda for the Circassian movement and resolving the problem of collective action by Circassians worldwide.

Even though some Circassians from the large Circassian diaspora, mostly in the Middle East, have settled in their historic homeland in the North Caucasus, there has been no large-scale resettlement program. This was partly due to the quiet, but effective resistance of the Russian government, which has been concerned about the decline of the ethnic-Russian population in the North Caucasus. It was also partly due to the reluctance of the Circassians themselves to move to their historical homeland when little support was provided to settlers. Things changed dramatically with the outbreak of the civil war in Syria, when the issue of resettling refugees in historical Circassia became a pressing one for the Syrian Circassians. The Russian government initially allowed about 1,000 Syrian Circassian refugees to come to Russia, but soon stopped issuing visas to them. The organization Peryt, which helped Circassians prepare the necessary documentation for a Russian visa, was sued by the Russian government and eventually had to close down. The Russian government provided no assistance to the refugees, except for allowing them to come to Russia. Private businesses, activists and organizations helped the new arrivals with basic necessities.

An estimated 400 Syrian Circassians currently hold temporary permits allowing them to reside in Russia. The usual next step is to receive a permanent residence permit, as over 300 of Syrian Circassians have received such a permit. In the absence of government assistance, private donations allowed 20 families to receive homes, but many of the refugees remain in temporary shelters, which often lack such necessities as hot water and central heating. Stringent visa laws preclude Circassian refugees from finalizing their paperwork quickly enough, so many of them have to move out of the country when their visas expire after three months and return to continue the process (kavpolit.com, July 25).

In fact, some of the Circassian refugees ended up in such dire circumstances that they considered either moving back to Syria or going to a third country, such as Turkey. One such refugee, Mariyan Tlenkopacheva, a mother of two, told the Gazeta Yuga newspaper: “We are in touch with our compatriots who left the war for Turkey, Jordan and other countries. They also want to come here, to their historical homeland. Honestly, we warn everybody not to travel here” (zapravakbr.ru, June 19).

The new repatriation fund may be helpful both to Circassians who are still considering moving to their homeland and those who have already emigrated to their homeland but are struggling to survive in the new environment and are receiving little government assistance. The repatriation of compatriots has long been one of the primary demands of Circassian activists, and the new organization should be able to focus their efforts on a feasible and positive agenda despite the Russian government’s anticipated opposition.