Ubykh: The language that died with a man

When the last speaker of Ubykh, Tevfik Esenç, died in 1992, the language went extinct with him. Considered one of the richest languages in the Caucuses, experts researching the Ubykh language warn that many local languages in the region are at the same risk of extinction 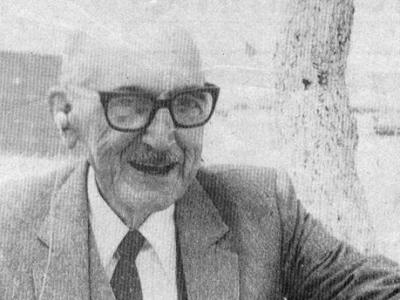 Sometimes an obituary for a man also means an obituary for a language, especially if his death breaks the last link to a living tongue. The passing of Tevfik Esenc was also the effective end of the northwestern Caucasian language known as Ubykh, considered extinct since Oct. 7, 1992.

This week not only commemorates the sad 23rd anniversary of Esenc's death, but it also marks the terminus of the Ubykh language.

A famous Turkish proverb says that a language indicates a living human being, a point emphasized by Yaşar Aslankaya, head of Turkey's Federation of Caucasian Associations.

"The Ubykh language died with a man who was the last to be a fully competent speaker," Aslankaya told Anadolu Agency (AA). Ubykh used to be one of the richest languages in the region, he said, adding: "It had had lots of speakers."

According to Ethnologue, a web-based publication of statistics about world languages, there were 50,000 Ubykh speakers in the Caucasus valleys a century ago. "However, the number of Ubykh people is relatively low now," Aslankaya said, adding: "The Ubykh people shifted to a distinct dialect of Adyghe, a language spoken in the western Caucasus. So, Ubykh culture unfortunately disappeared with Ubykh language."

Both the Ubykh people and the language suffered a sad fate. They lived on the eastern shores of the Black Sea until 1864 when Russia subjugated the Muslim population in the northern Caucasus to harsh treatment. During Russian rule, the entire Ubykh population was forced to flee to Turkey, leaving their homeland, identity, culture and language behind. After being expelled from Russia, Ubykh survivors scattered across Turkey, particularly to the Marmara region.

Esenc was born in Hacıosman in the western province of Balıkesir in 1902, 40 years after a mass Circassian exile to Turkey. He was a farmer and had three sons. In an interview before his death, though, he had said they were not capable of joining a conversation in his mother tongue.

"The Ubykh people had stopped speaking their mother tongue in Turkey because they thought it would be discourteousness to speak a foreign language among Turks," Esenc said during the interview. Although Esenc blamed the poverty of the Ubykh people on being exiled by the Russians, Aslankaya said the Turkish authorities of that era did not exert any efforts to resurrect the language. "It was a big chance to have a multilingual Anatolia, but I am sorry to say that there were no efforts in Turkey to protect languages that were dying out," he added.

Stressing that the people who spoke endangered languages were forced to only speak Turkish, Aslankaya said: "This mentality – to push people to use only Turkish in Turkish lands – caused the death of Ubykh language."

According to the Global Language Journal in 2012, linguists estimate that a global crisis is looming. As much as 90 percent of the world's 6,500 languages spoken may be gone by the end of the century. It means that one language dies every two weeks on average, the journal claimed.

Today, all we know about the Ubykh language is owed to French philologist Georges Dumezil who thought Ubykh was "doubly interesting." The language has one of the largest numbers of consonants in the world – 80 in total – but has only two phonemic vowels. Dumezil also conducted several studies in order to try to discover if Ubykh had a link with the Indo-European language family.

Although there was no chance of resurrecting Ubykh as a living language, Dumezil took Esenc to Paris and Oslo many times to preserve as many as pieces of the language as possible. Having studied Ubykh and other Caucasian languages for more than 50 years, Dumezil taped thousands of Ubykh words to compile a French-Ubykh dictionary. In an interview, Dumezil appreciated the collaboration with Esenc to save Ubykh from being totally forgotten, describing the man from Hacıosman as his "colleague."

Over the question of whether Esenc's death would affect the language, the French linguist said: "Much will be lost. But much has already been saved, and unlike ancient Greek or Latin, we have Ubykh speakers on tape."

He said that his federation has been giving lessons to children who want to learn their mother tongue. "We could not save the Ubykh language, but we will keep other Caucasian languages alive," Aslankaya said.