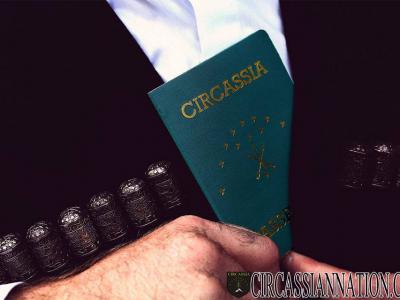 Circassian community from different countries sent two appeals to the authorities of Ukraine with a request to recognize the Genocide of Circassians. According to experts, Ukraine could follow the example of Georgia - the only state that officially recognized that the Russian Empire was killing many of the Circassian people.

The first appeal of the Circassian community to the authorities of Ukraine was sent on May 19. It was timed to the 150th anniversary of the end of the Russian-Caucasian war, to May 21, when Circassian world performed large commemorative events.

The second appeal to the Ukrainian authorities with the same request initiated Circassian activists in Turkey. It was sent on June 20 to the President of Ukraine Petro Poroshenko, Chairman of the Parliament of Ukraine Oleksandr Turchynov, Prime Minister Arseniy Yatsenyuk.

The appeal was signed by 34 Circassian activist from Turkey, Russia, the United States, Jordan, Brazil and Israel. Among the authors of the document - the President of the International Circassian Council Iad Yugar (USA), Director of the Center of the Circassian heritage  Zoher Thawcho (Israel), and other prominent members of the global Circassian community.

90% OF CIRCASSIANS LIVE OUTSIDE OF THEIR MOTHERLAND

According to the authors of the appeal, resettlement of the Circassians continued after 1864 under various pretexts and in different forms. "And even those few Circassians who managed to stay at home, experienced strong pressure to force them to leave it. Documents of these events are in the archives, there are also the documents published by the eye-witnesses, "- said the representative of the Circassian community.

Now, according to them, only a tenth of the Circassian nation, ie, about 700 thousand people live in different regions of Russia, representing only a small part of the territory of historical Cherkessia.

"United Circassian nation artificially divided into different ethnic groups, and resettled by the Soviet regime, and then the Russian Federation to the different political subjects. At the moment because of the Genocide and expulsion of the Circassian population, there are 90% live outside the motherland, in more than 50 countries around the world. The right of Circassians living in exile to "the establishment of ties with the Motherland" is limited. Russian Federation refuses to let Circassians return home, even in extreme circumstances "- note the authors of the appeal. They say and that Circassians caught in the crossfire between Syria and experiencing the sufferings caused by the war, wish to return home

According to those who signed a petition, Russian authorities have not taken into account the position of our compatriots in Syria.

“WE URGE YOU TO RECOGNIZE THE CIRCASSIAN GENOCIDE “

In the appeal to the Ukrainian authorities it said that "Circassian activists that express their views on the Circassian question in a democratic, legal and peaceful ways are detained, harassed, receive open and camouflaged threats."

Representatives of the Circassian public are reminded that in 1992 and 1996 parliaments of Kabardino-Balkaria and Adygea adopted resolutions about recognizing the Genocide of Circassians during the Russian-Circassian War and containing the requirements to the Russian Federation to recognize this fact.

"On May 20, 2011Georgia at the call of the Circassian people adopted a resolution recognizing the Genocide of Circassians, thus becoming the first member of the UN to recognize this historical fact. According to a resolution adopted by the Parliament of Georgia, the Russian Empire during the war, that continued from 1763 to 1864, applied ethnic cleansing in respect of the Circassian and resettled them to the lands with other ethnic groups (Russian population), "- said in the appeal to the Ukrainian authorities.

Circassian problem – is a result of Genocide and expulsion of the Circassians, and the Russian Federation is responsible for it, according to authors of the appeal. "RF in the XXI century in the solution of the "Circassian issue" continues to follow the  policy of the Russian Empire, acts in the same way in other cases. This became evident when it occupied the Crimea and set a goal to occupy the whole Ukraine, referring to the fact that in the east of the country Russian-speaking population allegedly are put pressure on,"- written by representatives of the Circassian community.

“E” CENTER INTERROGATED THOSE WHO SIGNED THE APPEAL

People who live in Adygea and signed the first appeal of the Circassian community to the authorities of Ukraine, after its publication in the Russian media, were immediately called to the Center for Combating Extremism of republic mass media. On May 26 and 27 Circassian activists Aslan Shazzo, Adnan Khuade, Eugeni Tashu and Ilyas Soobzokov were interrogated by officers of the "E" center and the prosecution of Adygea.

As explained to the magazine DOSH by one of the authors of the appeal, the chief editor of the news agency "NatPress" Aslan Shazzo, each interrogation lasted three hours, the main question was related to the reasons for signing such appeal. Employees of the center "E" were trying to get an answer to the question of whether the activists believe that this appeal is detrimental to Russia's security.

Interrogated Circassian activists are considering such actions of law enforcement bodies as a form of pressure on those who signed an appeal.

UKRAINE'S REACTION TO THE REQUEST OF THE CIRCASSIANS

Ukraine quickly reacted to requests to recognize the Genocide of Circassians. Three weeks after the first appeal of the Circassian community Ukrainian MP, leader of the "Radical Party" Oleg Lyashko, asked the Verkhovnaya Rada to adopt the relevant legislation.

Lyashko said that Circassians need the support of the Ukrainians. "So I will register in the parliament a draft resolution on the recognition of the Circassian Genocide, carried out by the Russian tsars and their troops in the XVIII and XIX centuries as soon as possible ," - said Lyashko in a statement posted on his page on the social network Facebook, as well as in Russian and Ukrainian media.

"As the scattered nation that want to survive and preserve its national heritage, Circassians turned to progressive world with the request to support them in realizing their dreams of returning home to Circassia," - pointed Lyashko.

He recalled that the first state that responded to such appeal was Georgia. Back in 2011 the Parliament of Georgia recognized the Genocide of the Circassian people. This, according to Lyashko, can be an example for the entire civilized world.

SOKHT: THE QUESTION ABOUT RECOGNITION OF THE CIRCASSIAN GENOCIDE IS THE RUSSIAN DOMESTIC ONE

The head of the Krasnodar regional organization "Adyghe Khasa" Asker Sokht said that attempts to involve the Ukrainian authorities in the internal affairs of the Russian Federation does not have anything to do with the goals and objectives of the Circassian national movement.

In his opinion, "the question of the recognition of the Circassian Genocide is purely domestic for Russia and it is incorrectly to draw Ukrainian authorities in the decision of the Russian issues in situations of armed conflict and human rights violations in Ukraine."

The head of the organization said that the position of the Circassians on the recognition of the Genocide is expressed in their appeal to the President on May 1, 2013, and an appeal to Ukraine initiated by a citizen of Israel Avraham Shmulevich. Sokht also drew attention to the fact that the organization "Adyghe Khasa" of Kuban, KCR, KBR and Adygea did not support appeals to the authorities of Ukraine.

KABARD: SIGNIFICANT PART OF CIRCASSIANS SUPPORT THE APPEAL TO UKRAINE

The Circassian activist Andzor Kabard believes that most of the Circassian public support the appeal to Ukraine.

"I fully support the authors of the appeals to the Ukrainian authorities. I agree with the contents of these documents and consider their appearance a strong and timely move, very useful for the Circassians  in the future. If you take the Circassian activists - citizens of Russia, the level of support for appeal to Ukraine can be considered as very high. It is even higher in the Diaspora, - support almost without exception, as far as I can judge from my contacts,"- said Kabard to DOSH magazine.

The fact that the appeal is supported by a significant portion of the Circassian public Kabard calls a natural process. "There are no prerequisites for the fluctuation in such a fundamental question from moral or practical points of view. In Russia Ukrainophobic hysteria of the last time has such a total character, that it is even reflected in the local Circassians. Many Russian Circassians are afraid of repressions - and with good reason: the Russian authorities, no doubt, will brand this initiative as "anti-Russian" and will continue to insist that the Circassian issue - "purely an internal affair of Russia," - said the Circassian activist.

In his opinion, "the Circassian question" has never been and will not be an internal affair of Russia.

"Yes, despite the fact that large Circassian community are in Germany, Jordan, Syria, Iraq, and in many other countries, the future of our nation especially depend on Turkey and Russia - this is exactly the sequence. Understanding with these two countries will always be the main priority of the Circassian. But understanding is based on a community vision for the future and arising out of this mutually beneficial contract. There is great progress in Turkey in this respect in recent years," - said Andzor Kabard.

Now in Russia we can not speak about anything like that, added Circassian activist. "Circassian aspirations are openly and  neglected, they try to "neutralize" them. So an "understanding" is not achieved. Prospects for the positive reaction of the Ukrainian authorities is assessed as good,"- said Andzor Kabard.

According to him, there is every reason to believe that the recognition by the Ukraine will cause a chain reaction in Eastern Europe, the Baltic States, Scandinavia and elsewhere. "When, after some time, the question will be put back to Moscow, and it will happen sooner or later, it will have to deal with the shaped topic, which is no longer possible to ignore as shamelessly as it was done for all these years," - concluded Kabard.

Circassian activists who appealed to the Ukrainian authorities are confident that sooner or later, the Verkhovnaya Rada will enact a bill on recognition of the Circassian Genocide.