Why Is Karachaevo-Cherkessia Quiet and Kabardino-Balkaria Not? 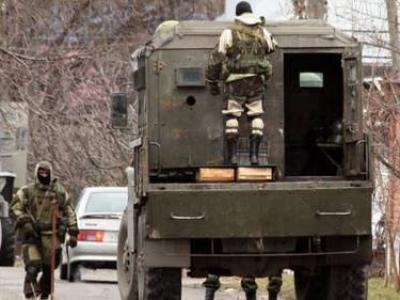 The phenomenon of relative stability of Karachaevo-Cherkessia is even more puzzling because the republic had once been a hotbed of the insurgency. The most notorious figure, the so-called leader of the Karachaevo-Cherkessian Salafis, Achimez Gochiyaev, was accused of carrying out the apartment building bombings in Moscow and Volgodonsk in 1999, which served as a prologue to the second Russian-Chechen war. Karachaevo-Cherkessia is also ethnically fractionalized, with no single ethnicity comprising even half of the total population in the republic. The largest ethnic group, the Turkic-speaking Karachays, account for only 41 percent of the republican population, followed by ethnic Russians with nearly 32 percent and ethnic Cherkess (a.k.a. Circassians) with almost 12 percent of the total population. Abazins, who are close to both the Circassians and the Abkhaz, comprise about 8 percent of the population and ethnic Nogais, another Turkic-speaking group, account for 3 percent. Given the ethnic diversity of the republic, one would expect to see more conflict there. Yet Karachaevo-Cherkessia is relatively quiet, although not entirely devoid of political killings and insurgents active there.

In 2013, a group of 16 individuals was put on trial in the republic on charges of attempting to mount a coup. The group reportedly planned to overthrow the government and install Islamic rule in the North Caucasus. The group operated from September 2011 to July 2012, carrying out several attacks against the law enforcement agencies. A 21-year-old resident of Karachaevo-Cherkessia, Islam Uzdenov, set up the group (TASS, August 8, 2013). However, the authorities may have exaggerated the threat of this militant cell in order to cast its suppression as a significant achievement. A year later, Russia’s Supreme Court reduced the prison sentences of five of the accused (TASS, November 19). This was an uncharacteristically soft approach of the Russian authorities to alleged terrorists, suggesting the young people were perceived to be a low threat.

Irina Starodubovskaya also recognized that the police forces in Karachaevo-Cherkessia act quite differently from their colleagues in other republics of the North Caucasus, telling Kavkazsky Uzel, “Here is what people that are put on the list of Wahhabis, but did not do anything threatening, say: conduct searches, invite the suspects for conversations, but do not beat them up, do not torture them. The people naturally are still upset about the police’s actions, but their actions are relatively mild.” She added that “in Dagestan, a person may be disliked , he can be taken, beaten up, tortured. My sense is that in Karachaevo-Cherkessia, people do not feel such a threat and that is why there is not such a massive reaction” (Kavkazsky Uzel, November 20).

This strongly suggests that Moscow’s policy in the North Caucasus may be informed by ethnic considerations. Territories with larger ethnic-Russian populations receive preferential treatment by Moscow in terms of having less stringent and abusive security policies. This also means that Moscow’s policies in the North Caucasus are likely to be the primary driver of violence. The Russian government appears to implement more brutal policies in the republics with fewer ethnic Russians, since it has no concern for the ethnic non-Russians that are primarily affected by those harsh policies.