Since Soviet times, government support for education and training in the non-Russian languages has been seriously reduced, and many officials are openly contemptuous of proposals to reverse that trend, arguing as does the Russian education minister that this is a violation of the rights of Russian speakers. 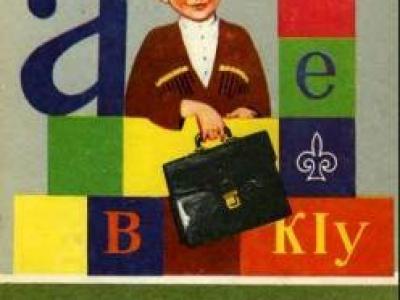 Staunton, December 8 – Vladimir Putin says he is concerned about “the defense and development of linguistic culture,” but he is advancing policies that threaten the future of the non-Russian languages of the country even more than they were hurt by the Russianizing and Russifying policies of the Soviet government.

Not only are he and other Russian officials now referring to such languages by the insulting and denigrating term “regional” tongues, Buryat commentator Sayana Mongush says, but they are seeking in every possible way to reduce their use in all public life   (narodyrossii.com/sayana-mongush-ne-dopustit-unichtozheniya-yazy-kov-narodov-rossii/).

The non-Russian languages, she says, “were not subjected to such repressions even under Soviet power.”

Many may inclined to see this Moscow-backed shift to Russian as both natural and welcome because it will somehow “integrate” the non-Russians into the broader society. But that conclusion is wrong: as in so many empires, the minorities will mobilize as national groups after and indeed because they have been linguistically assimilated but politically outraged.

There is a more immediate consequence, however, one that Madina Khadkuasheva, a specialist on the Circassian (Adygey) language at the Kabardino-Balkaria Institute of Linguistics, pointed to in a recent speech. And her observations help to explain why Putin is moving against the non-Russian languages so harshly now.

According to the Circassian scholar, the demise of the non-Russian languages in the Russian Federation will inexorably lead to the destruction of the basis on which the non-Russian republics rest and thus open the way to their destruction or amalgamation into Russian regions (zapravakbr.ru/index.php?option=com_content&view=article&id=451%3A2013-08-06-10-24-30&catid=5%3Aanalinic&Itemid=7).

Since Soviet times, government support for education and training in the non-Russian languages has been seriously reduced, and many officials are openly contemptuous of proposals to reverse that trend, arguing as does the Russian education minister that this is a violation of the rights of Russian speakers.

And some in republic capitals think that the situation isn’t so bad, she continued, because in the streets of these cities, one hears the national languages more often now than one did a generation ago.  But the reason for that is not good: it reflects not more language training but rather the influx of people from rural areas where the language is more widely spoken.

But it is only spoken and is not studied or used as a literary language, Khadkhuasheva said. And “without a literary language, any language is condemned to degradation.” Thus, it is no impossible to speak “about the full-scale functioning of Kabardinian and Balkar languages even in the villages.”

According to one recent study, she said, “the majority of young people from 17 to 30 do not read or listen to the radio in their native languages and do not visit national theaters.” Instead, most people in this age group turn to computers for their information, and on the computers they have most of the information is in Russian.

In the cities, the situation is even worse: There “there remain almost no bearers of native languages,” not because of a lack of “’patriotism’” but “exclusively as a result of the language policy, the victims of which have become the current generation of urban residents” and the outmigration of people to Russian cities.

Even if Moscow’s policies were not changing for the worse, specialists on languages in the North Caucasus say that most of the non-Russian languages there will die out in 25 to 50 years.  That has frightened many people there, and they have organized meetings and petitioned Moscow to change things.  But so far, they have been ignored and the situation is getting worse.

What is happening now, Khadkhuasheva argued, is the latest example of “the former colonial language policy which was begun about 250 years ago” and “which always was part of the general political course.”

“Over the course of thousands of years, hundreds of generations of our ancestors,” the Circassian scholar said, “gave their lives for national independence, the basis of which was their native language” because they understand that language is about more than verbal communication. “It is a unique way of thinking and feeling.”

Ever more North Caucasians are beginning to appreciate that, she said, and it is now “already possible to say that the problem is not in recognizing its existence and not in the legal sphere … but rather in a certain anonymous political will which has ignored the knowledge of native languages” and is even interested in destroying them.