All Repressed Peoples are Equal, Putin Says, But His Policies Show Some are More Equal than Others

Moscow officials following Putin’s lead are “prepared to pay the Crimean Tatars and the Balkars and recognize the genocide of 1944.” For them, “that is not a problem.” But “the genocide in 1864 was too long ago,” in their view, and thus they need not “recognize it.” 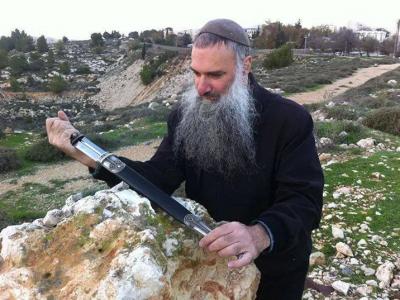 Staunton, December 19 – At his press conference yesterday, Vladimir Putin said that Moscow is “developing a program under which all formerly repressed peoples, including the Crimean Tatar people,” will get “support in the economic and social spheres.” But as Israeli commentator Avraam Shmulyevich notes, the Kremlin leader doesn’t really mean “all.”

In a post entitled “What is Appropriate for a Crimean Tatar isn’t for a Circassian,” Shmulevich points out that Moscow is highly selective in its approach to the many nations who were subject to repression by the Russian Empire or by the Soviet state, supporting some but rejecting calls to support others (avrom-caucasus.livejournal.com/372921.html).

According to the Israeli analyst, Moscow officials following Putin’s lead are “prepared to pay the Crimean Tatars and the Balkars and recognize the genocide of 1944.” For them, “that is not a problem.” But “the genocide in 1864 was too long ago,” in their view, and thus they need not “recognize it.”

Shmulyevich argues that this again shows that “there is no hope that the Kremlin will listen to the tearful requests of Circassian activists and that seeking a meeting is a hopeless cause.” Moreover, it suggests that “Moscow is consciously continuing the Circassian policy of Petersburg, ‘a policy of deportation and genocide.’”

That is almost certainly true, but Putin’s words are likely to have another consequence as well. They are certain to be read by all the other repressed peoples within the borders of the Russian Federation as the basis for making new claims against Moscow, even if they have little hope for achieving something in the near term.

And that beyond any doubt means that Putin’s incautious language about the nationality question, just as was the case with equally incautious words by his predecessors, will spark precisely the kind of activism and assertiveness he does not want and lead to new conflicts in the North Caucasus and elsewhere.

Because that is so, Putin’s response to a question by Crimean Tatar journalist Safiye Ablyayeva yesterday merits careful examination.  (For the text, see kremlin.ru/news/47250.)

Ablyayeva, who works for the Crimean Tatar television service in Simferopil, pointed out to Putin that “the local authorities are not taking real steps to realize” his promises about the rehabilitation of those peoples who were deported from Crimea in Soviet times. And she asked: “why has this order remained without life up to now?”

Putin said that he does not think the order “is without life and here is why: Because first no one can repeal it: neither the local authorities nor anyone else.” This affects the Crimean Tatars, the Germans, the Greeks, the Armenians, and the Bulgarians, all peoples who were subjected to repressions.”

In his view, Putin continued, “this has sufficiently serious political-moral meaning.” And he pointed to the official status of Crimean Tatar on the occupied peninsula and work on resolving land control issues. “If we constantly legalize seizures,” he said, “then we will never establish order.”

According to the Russian president, the state “owes a lot to these peoples” and the Russian government is working to provide it through money for infrastructure. At the same time, he said, “it is necessary to close this page and after that to say that all are equal.”  Everyone must observe the law, regardless of his or her nationality.

Putin ended by saying that this is a task not just of today or tomorrow. It will take time, but he added “no one has forgotten it.” Whether that is true just now in the Kremlin remains to be seen, but it is certainly the case with the members of all those repressed in the past – and Putin’s words will prompt some of them to act and demand equal treatment.