The Circassians remain a source of even greater concern in Moscow than other ethnic groups of the North Caucasus. 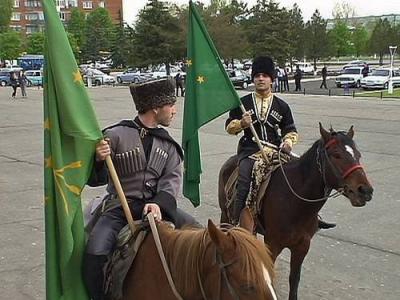 Authorities in Kabardino-Balkaria have launched a campaign to give the Ubykhs, a Circassian sub-ethnic group, official small indigenous group status. That special status would allow the Ubykhs to claim many benefits from the Russian government, including property rights in Russia’s Krasnodar region, the homeland the Ubykhs lost in the Russian conquest in the 19thcentury.

The expected benefits for the Ubykhs have generated a variety of responses, and the issue has quickly become politicized. Kabardino-Balkarian social scientists believe that by including the Ubykhs on the list of small indigenous groups it will help preserve and develop the group. The republican governments of Adygea and Kabardino-Balkaria, along with the federal Ministry for North Caucasus Affairs, have also indicated that the Ubykhs’ inclusion on the list would be a positive signal. However, the Krasnodar authorities have exactly the opposite view. Official Krasnodar says it is hard to distinguish the Ubykhs from other Circassians and that the inclusion of the Ubykhs on the list of protected minorities would provoke a mass migration of Circassians to lucrative territory in Krasnodar region and cause mass property claims (Kavkazoved.info, April 27).

The Ubykhs were among the Circassian sub-groups in the past that resided along the Black Sea coast. After the Russian Empire’s conquest of the North Caucasus, Moscow sought to establish full control over the Black Sea coast and deported Ubykhs or made them leave their homeland under threat. Following the massive uprooting from their homeland, the Ubykhs quickly assimilated themselves in Turkey. The handful of remaining Ubykhs in the Caucasus merged with either the Circassians or the Abkhaz. The last Ubykh-language speaker died in 1992, but linguists preserved Ubykh as a dead language.

The Ubykh language had 84 consonants and only two vowels, similar to the short and long “a.” In Russia’s most recent census (2010), only 33 people indicated Ubykh as their ethnicity. However, estimates put the number of Ubykhs in Adygea, Karachaevo-Cherkessia, Kabardino-Balkaria, Krasnodar region and Abkhazia at about 2,000. Some Russian scholars argue that the Ubykhs are too dispersed to qualify for the status of being a protected minority (Kavkazoved.info, April 27).

Some Circassians also regard this campaign as harmful to Circassian interests. Activists argue that while the campaign does not provide any benefits to the Ubykhs, it effectively seeks to divide the Circassians and raise incentives for the Ubykhs to distance themselves from the rest of the Circassians. Activists say that instead of raising the issue of the Ubykhs, the Russian authorities could help a small indigenous group already residing in Krasnodar region—the Shapsugs, another Circassian sub-ethnic group but who are, according to Circassians, consistently neglected (Natpressru.info, April 28). The Shapsugs used to occupy a large part of present-day Krasnodar region, but after the final conquest by Russia in 1864, they were deported to the Ottoman Empire en masse while the remainder was relegated to the role of a tiny minority in its own native homeland. The Shapsugs today comprise less than 0.1 percent of the total population of Krasnodar region.

Circassian activists have proposed an alternative solution to the Circassian question. Circassians currently reside in at least five regions in southern Russia and the North Caucasus—Adygea, Kabardino-Balkaria, Karachaevo-Cherkessia, Krasnodar region and Stavropol region. Large parts of these territories make up historical Circassia. Thus, the activists have asked Moscow to merge them into one region and name it Circassia (Natpressru.info, April 28).

If such a merger occurred, ethnic Circassians would comprise barely 10 percent of the entity and likely have no access to power. The proposal is in line with Moscow’s desire to amalgamate ethnically non-Russian regions into Russian-majority regions. However, even with seemingly favorable prospects for the Russian government, Moscow is unlikely to approve of gathering the Circassians into one region, as the authorities believe it would increase Russia’s security risks. Moscow’s attitude to the North Caucasians is invariably one of suspicion, given that the latter have preserved their distinct ethnic identities and harbor secessionist aspirations.

The Circassians remain a source of even greater concern in Moscow than other ethnic groups of the North Caucasus. Unlike other North Caucasians, the Circassians have a large and influential diaspora abroad, especially in Turkey. Circassians are capable of making credible claims to large swaths of territory in Krasnodar and Stavropol regions that were historically Circassians lands. In 2011, Georgia recognized the “Circassian genocide” of the 19th century, opening the way for a similar move by other countries, which would put pressure on the Russian government and keep the issue on the agenda. This issue is likely to galvanize Circassians in the North Caucasus and to some extent has already done so. The recent speech by President Vladimir Putin in Yerevan about the mass killings of Armenians in the Ottoman Empire evoked the ire of Turkey’s President Recep Tayyip Erdogan, who said that Russia must first face its own history and answer for its own past, and for Crimea (Ntv.ru, April 27).

Circassian activists in the North Caucasus are using various strategies to try to keep their issues on the agendas of the Russian government and of their supporters in the diaspora. Even though Moscow has been reluctant to show any regard for the Circassian grievances in the past, the issue of the Ubykhs shows that there are still ways forward for the Circassians in their clearly unequal dialogue with Moscow.