The Russian authorities’ attempts to gain influence among the Circassian diaspora and the relatively soft treatment of the Circassian activists in the North Caucasus suggests Moscow regards Circassians as a serious force that cannot be easily suppressed without repercussions. 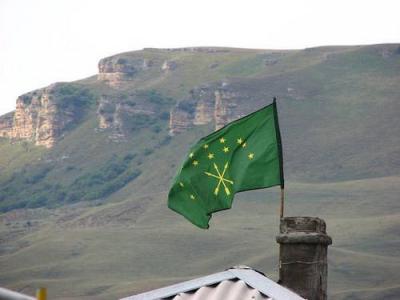 The Russian government moved against Circassian activists in late May 2015, coinciding with events marking the 151st anniversary of the end of the Russian-Circassian war. The authorities targeted two well-known leaders of the Circassian movement, Ruslan Kesh and Adnan Khuade. On May 23, police in Maikop, Adygea, briefly detained Kesh, who had traveled from Kabardino-Balkaria to meet with a Circassian delegation from Turkey. On May 25, police launched an investigation of Khuade, a Circassian who left Turkey for his historical homeland in the North Caucasus many years ago, searching his Maikop home and shop (Caucasreview.com, May 25).

“The police did not hide from me why I was detained,” Kesh told the Adygean news agency Natpress. “The reason was to prevent my meeting with a visitor from Turkey—a member of the delegation that toured Kabardino-Balkaria, Karachaevo-Cherkessia and Adygea, attending mourning events. They did not explain why it was important to disrupt the meeting.” Khuade, for his part, told Natpress: “They said that the reason for the investigation was my possible involvement in another case against five immigrants from Turkey, who, in the opinion of investigators, acquired land illegally in the village of Khamyshki in Maikop district.” He said investigators confiscated cell phones, a computer hard drive and other digital devices to sift through and try to find at least something that would allow them to connect Khuade to the alleged land fraud. Khuade said the real reason for the government pressure on him was that he repeatedly signed petitions initiated by Circassian activists asking foreign governments, including the Ukrainian, Polish, Lithuanian and Estonian governments, to officially recognize the Russian “genocide” of the Circassians in the 19th century (Natpressru.info, May 26).

Apparently, Circassian political activism and the quest for recognition of the Circassian “genocide” by foreign governments remain a sensitive issue for the Russian government. During the tenure of pro-Western leader Mikheil Saakashvili, Georgia officially recognized the Circassian “genocide,” and the government of Bidzina Ivanishvili, who replaced the Saakashvili-led United National Movement and has tried to strike a friendly tone with Russia, has not renounced the recognition. Soon after Russia’s annexation of Crimea from Ukraine and the start of the creeping military campaign in eastern Ukraine, Circassian activists addressed Ukraine’s government, asking it to recognize the Circassian “genocide.” Foreign governments have not yet responded to the Circassian activists’ pleas, but some politicians in Ukraine are willing to consider such a step. Turkey has signaled its openness to taking the Circassian appeal into consideration as relations between Istanbul and Moscow have cooled in recent months. Tanju Bilgiç, the former Turkish consul general in St. Petersburg and the current spokesperson for the Turkish Ministry of Foreign Affairs, noted the massive loss of life among the Circassians during the war in Russia, including the systematic persecution and the massive killing of Circassians by the Russian Empire in the 19th century (Adyge Heku, May 23). Turkey’s position is important because it hosts the largest Circassian diaspora.

The Russian government’s response to Circassian activism has been quite nuanced. Moscow appears to have chosen a low-key containment strategy. The authorities are afraid to crack down on Circassian activists with full force, fearing a backlash from Circassians in the North Caucasus and abroad. Instead, small obstacles are put in the way of the activists to halt their activities and prevent them from operating effectively. At the same time, Moscow has successfully tried to engage the Circassian diaspora abroad in an attempt to show that the Circassians in the North Caucasus are well treated. On May 20, a large international delegation of Circassians arrived in the North Caucasus. Most of the members of the delegation came from Turkey, but some came from Germany. The delegation toured the three North Caucasian republics with large Circassian populations—Adygea, Kabardino-Balkaria and Karachaevo-Cherkessia. Even though the participants attended mourning ceremonies in these three republics, for some reason they did not visit the Sochi area, or the Krasnodar region in general, from which the Circassians were completely and forcibly removed by the Russians 150 years ago (Natpressru.info, May 24).

It is unclear who sponsored the visit of the Circassian delegation to the North Caucasus, but it was certainly financially supported in one way or another by the Russian government. In particular, Moscow appears to be courting the Federation of the Caucasian Associations (Kaffed) to become a channel of Russia’s influence among Circassians in Turkey and in the North Caucasus (Kaffed, accessed June 1). At the mourning ceremonies in the North Caucasus, an Adygean official, Asker Shkhalakhov, took the opportunity to attack those Circassians who want an independent Circassia. In particular, Shkhalakhov attacked a group of German Circassians who had called for Circassia to secede from Russia and become an independent state, although he did not explain why exactly this proposal was a problem (Natpressru.info, May 28).