It would be truly ironic if the use of this Russian script would promote the national aspirations of the Circassians. 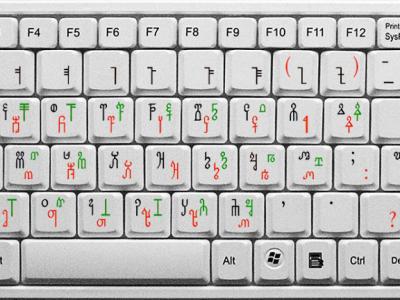 Staunton, June 17 – The Soviet regime’s divide and rule approach to the Circassian nation not only left them divided among four subjects of the Russian Federation but also gave them different alphabets, an effort to keep the 500,000 Circassians of the North Caucasus from coming together and joining hands with the more than five million co-ethnics in the Middle East.

The post-Soviet Russian government has made it clear that it will block any effort to unite the Circassian territories into a common homeland, but now Circassians from these four regions and abroad are challenging Russian ethnic management in another way and demanding a common alphabet for the dialects that Moscow has promoted as separate language.

Coming up with a common alphabet is no easy task, and there is certain to be opposition both from Moscow, fearful that even this step could empower the Circassians and trigger further instability in the North Caucasus, and from among the Circassians who are far from united on which alphabet should be chosen and whether this is an appropriate next step for the movement.

Since Gorbachev’s time, Circassians in the North Caucasus have talked about the need for a common alphabet to help overcome dialect differences, to promote a common Circassian literary language, and on the basis of that alphabet and language to promote a unified Circassian nation that would be in a better position to advance its political goals.

But those efforts have fallen victim not only to internal disagreements over which of several alphabets, Cyrillic, Latin, or traditional Circassian, should be used, whether the dialects are that close, and whether changing alphabets would in fact undermine unity by cutting off Circassian young people from the culture produced in the existing scripts but also by Moscow and by some republic leaders who are concerned about their positions.

Now, the issue has been joined again. On May 19, the International Circassian Association formed a commission which is supposed to come up with a program for a unified Circassian alphabet based on Cyrillic as well as for a common literary language to be presented in September at the organization’s tenths congress (kavkaz-uzel.ru/articles/264019).

Supporters of this idea are enthusiastic and see no insurmountable problems: Petr Ivanov, director of the Kabardino-Balkaria Scientific Center of the Russian Academy of Sciences, says that such a move is “the normal reaction of a small people seeking to preserve itself” from assimilation (kavkaz-uzel.ru/articles/264071).

And other Circassian experts including Khaisha Timizhev of the KBR State University and Kabardin Congress president Aslan Beshto argue that there are no insurmountable obstacles to having a common alphabet and that such a move will not lead to any “levelling” of the varieties of experience among the various Circassian groups.

But commentator Anzor Daur is skeptical, arguing that Moscow will block the move lest alphabet unity lead to political unity in the North Caucasus and expanded ties with Circassians abroad.  And he suggests Moscow will play up differences among Circassians about what alphabet they should adopt (onkavkaz.com/news/63-cherkesam-ne-dadut-sozdat-edinyi-alfavit.html).

Those most influenced from abroad will likely seek a Latin script, but that is a red flag for Moscow which has refused to allow the Tatars and Bashkirs to shift to the Latin script lest it expand their identification with Turkey. Those more philologically inclined may want to go back to the ancient Circassian alphabet but restoring it would be very difficult.

Consequently, Daur says, if any change is going to happen, it almost certainly will have to follow the leader of the International Circassian Association which has made it clear that it seeks a Cyrillic-based script for Circassians in the North Caucasus. It would be truly ironic if the use of this Russian script would promote the national aspirations of the Circassians.