North Caucasians May Turn Into Third-Class Citizens in Russia

In the hierarchy of ethnic groups of Russia, the North Caucasians are likely to fall even further, as Crimea and eastern Ukraine will almost certainly be more important to Moscow than the North Caucasus in the short and medium term. 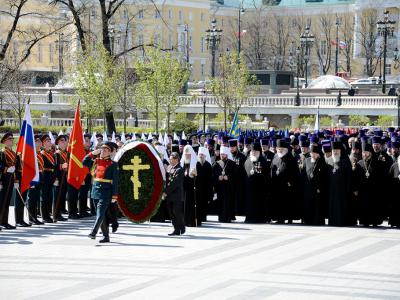 A Russian publication has alleged that the “Stop Feeding the Caucasus!” slogan, which is popular among ethnic Russians, was invented by Vladimir Putin’s enemies to undermine his authority and ultimately destroy him politically. This is an unusual attempt to construct a collective identity of all citizens of Russia. The “enemies of Putin” are designated as the common enemy of both the Russian government and the North Caucasians.

Russian experts close to the Kremlin have habitually accused Russian liberals of betraying the nation’s interests. This time the claim is not only about the liberals, but also about parts of the Russian government. “It is noteworthy that at the time of the appearance and proliferation of the slogan ‘Stop Feeding the Caucasus!’ Vladimir Putin was in the most vulnerable position,” said journalist Timur Yusupov. “At the time he only occupied the second most important position in the government, as prime minister, and could easily have been removed from all levers of government.” According to the writer, the proponents of the slogan practically wanted to rid Russia of the North Caucasus, but Vladimir Putin managed to “disarm” them through a “great power” (velikoderzhavnaya) mobilization of Russian society around the return of Crimea and the protection of the western borders of Russia from the “Ukrainian fascists” (Onkavkaz.com, June 23).

President Putin’s response to the growing Russian nationalism was double-pronged. On the one hand, he wrote in his much-cited January 2012 newspaper article in defense of the North Caucasus: “When some people start to yell today: ‘Stop feeding the Caucasus’—tomorrow they will inevitably follow up with calls: ‘Stop feeding Siberia, the Far East, the Urals, the Volga region, Moscow.’ ” On the other hand, in the same article, the Russian president elevated ethnic Russians in a variety of ways. Putin wrote, for example: “The Russian people are state-forming —by the very fact of Russia’s existence. The great mission of Russians is to unite, bind civilization” (Nezavisimaya Gazeta, January 23, 2012). Moscow has tried to retain a version of Soviet-style internationalism, which played down differences between ethnic groups, but in practice provided extra benefits to Russians and Russian culture.

The latest revelations by the violent Russian nationalists suggest the Russian government’s attitude toward ethnic minorities may have been not only double-pronged, but also with a touch of double-dealing. The ongoing trial involving Russian nationalists Evgenia Khasis, Ilya Goryachev and Nikita Tikhonov is underreported in the Russian media despite the truly sensational evidence and allegations that have been made in its proceedings. The group is accused of killing ten people, including Russian civil rights activists and ethnic minority activists. All of the killings took place in the period from 2008 to 2010. The nationalists on trial have repeatedly alleged that they had connections to the Russian presidential administration, including the deputy head of the administration, Vladislav Surkov (BBC–Russian service, June 25).

The Russian government’s gamble in Ukraine seems to have dampened the government’s appetite for forging contacts with the Russian nationalists and blaming the North Caucasians for all of Russia’s problems. As journalist Yusupov noted: “In the situation when Caucasians readily went to Donbas to die for the sake of protecting the Russian population of those areas of Ukraine, it became impossible to advance the idea of separating the North Caucasus from Russia in the public media space.” The writer also noted that this was likely a short-term solution for the safety of the North Caucasians; and after war in Ukraine, they would again be targeted (Onkavkaz.com, June 23).

Moscow may find it increasingly difficult to regulate Russian nationalism down the road. After Crimea’s annexation, the Russian government has to take care of a new territory predominantly populated by ethnic Russians. It appears that Kyiv does not want to subsidize Russia-controlled areas in eastern Ukraine, thereby putting Moscow in the position of being responsible for the well-being of ethnic Russians who are not Russian citizens. In the hierarchy of ethnic groups of Russia, the North Caucasians are likely to fall even further, as Crimea and eastern Ukraine will almost certainly be more important to Moscow than the North Caucasus in the short and medium term.