With the Circassian question remaining on the political agenda of the Circassians themselves and of the Russian government, the fight over setting the agenda for the future of the ICA will only intensify as control over the organization is the one means of accessing and controlling the powerful Circassian diaspora 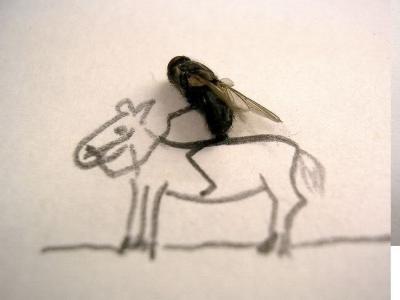 On June 22, the vice president of the International Circassian Association (ICA), Adam Bogus, announced that he was suspending his membership in the organization until its next leadership elections.

Bogus, who is from Adygea, also refused to take part in an ICA conference that was held on June 12. A member of the ICA executive committee from Adygea, Khakuz Adam, also suspended his membership in the organization, according to Bogus. Both Circassian leaders cited their disagreements with the policies of the organization’s head, Khauti Sokhrokov, as the reason for their demarche (Facebook.com, June 22). Bogus is also the head of the Circassian organization Adyge Khase, in Adygea, and was quite vocal about Circassian issues around the time of the Sochi Winter Olympics.

The activities of the ICA, and especially its chairman Sokhrokov, have been marked by scandal, with Circassian activists accusing the organization of complacency and betraying Circassian interests. The formation of the ICA dates back to 1990, when Circassian activists in the Netherlands started the process of gathering Circassian forces. The ICA’s founding conference took place in Nalchik, Kabardino-Balkaria, in May 1991. It is widely believed to be a creation of the Russian security services. The ICA insists that it is legitimate and “the only international organization that expresses the national and cultural interests of Circassians in Russia and abroad” (Intercircass.org, accessed July 8).

In the run-up to the Sochi Olympics in 2014, the Russian authorities became increasingly concerned about Circassian organizations, and the ICA nearly stopped representing the interests of the Circassians. At the organization’s electoral conference in 2012, Kabardino-Balkaria’s president Arsen Kanokov unexpectedly spoke in favor of Khauti Sokhrokov, who had been a long-time Kabardino-Balkarian government functionary. According to Kanokov, Sokhrokov’s candidacy was “fully acceptable to the administration of the president of the Russian Federation ; Moscow’s envoy to the North Caucasian Federal District, Aleksandr Khloponin; the head of Karachaevo-Cherkessia, Rashid Temrezov; and the head of Adygea, Aslan Tkhakushinov” (Aheku.net, October 21, 2012).

Kanokov did not explain why a non-governmental organization should receive the blessings of the Russian presidential administration. The majority of Circassian activists were in favor of Vyacheslav Derev of Karachaevo-Cherkessia. Derev is a member of the Russian Federation Council, the upper house of Russia’s parliament, and comes from a prominent Circassian family in Karachaevo-Cherkessia. Many of the conference delegates were so disappointed with the appointment that some even proposed setting up an alternative organization (Kavkazskaya Politika, October 29, 2012).

In December 2013, ICA president Sokhrokov was on his way to London to counter the activities of the majority of Circassian activists who were calling for a boycott of the Sochi Olympics. Sokhrokov ultimately did not receive a visa from the United Kingdom, but his intention of helping the Russian government to suppress the Circassian topic was in marked contrast to the majority of Circassian activists, who sought to make their plight known to the general public (Aheku.net, December 11, 2013).

Circassian organizations outside Russia, unhappy with the activities of the ICA, became the primary drivers of change in the organization. Turkish Circassian organizations like KAFFED have threatened to leave the ICA. “The largest Circassian diaspora is in Turkey; it is made up of 5–6 million Circassians,” Bogus told the Kavkazsky Uzel website. “We cannot afford to split, because the existence of the ICA is not possible without the Turkish diaspora.” Bogus said that he favored a “constructive” relationship with the Russian authorities rather than an adversarial one. According to the Adygean activist, the Circassians can achieve progress on pressing issues only in cooperation with the Russian authorities, not through challenging them. However, even the forces loyal to Russia have been disappointed by the ICA. Asker Sokht, of Krasnodar region, spoke in favor of the ICA allowing Circassian organizations with divergent views to participate in the dialogue within the framework of the ICA, but the association ignored such calls. In the end, Sokht withdrew his organization from the ICA. The next electoral conference of the ICA is planned for September 2015 and already now Circassian organizations are expressing skepticism about its future. The ICA is an association of organizations rather than a single organization, but it has repeatedly ignored the wishes of its constituent organizations. Even Russian loyalists among the Circassians say they do not want to remain in the organization, which they say increasingly resembles a “conspiracy club” (Kavkazsky Uzel, July 2).

With the Circassian question remaining on the political agenda of the Circassians themselves and of the Russian government, the fight over setting the agenda for the future of the ICA will only intensify as control over the organization is the one means of accessing and controlling the powerful Circassian diaspora.