What Moscow is really afraid of Shevchenko suggests, is that the return of the Circassians would spark questions about who was responsible for their exile in the first place. That is something Moscow wants to do everything it can to avoid. 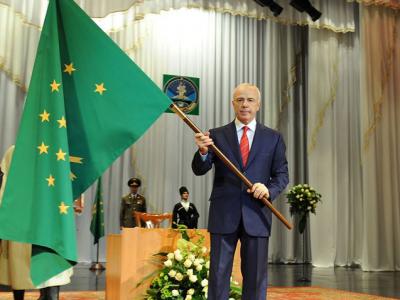 Circassian protests in the North Caucasus, an international online petition drive, and other appeals for allowing Syrian Circassians to return to their ancestral homeland have not overcome Moscow’s objections or attracted the necessary popular support, according to Maksim Shevchenko, a member of the Presidential Human Rights Council.

Consequently, he argues, those who claim to be the leaders of the republics and regions in which Circassians live need to speak out.  The Circassian demonstrations so far, Shevchenko continues, “are a normal form of civic activity, but what needs to be heard are the voices of influential people in the Adygey world” (kavkaz-uzel.ru/articles/270494/).

Such “very influential people exist,” he says; “why are they silent? What are they afraid of? Or is it that they do not want to take responsibility on themselves?” In his interview with “Kavkazsky uzel,” he even listed the names of prominent politicians from Adygeya, Kabardino-Balkaria, and Karachayevo-Cherkessia.

“We have senators and billionaires,” Shevchenko points out. “There are deputies and heads of regions. If each of them were to give a million rubles, the issue of repatriation would be resolved. In Russia live many wealthy Adygs who have sufficiently broad ties in the Russian establishment. They can solve many issues after several telephone calls.”

“But,” he concludes sadly, “they are not doing anything.”

One reason they are not is the opposition the Kremlin has shown to allowing Syria’s Circassians to return home lest they destabilize the situation by changing the ethnic balance in the region or bringing with them Islamist radicalism.  But neither of these objections, Shevchenko and other experts say, is justified.

On the one hand, the numbers of Syrian Circassians who would be likely to return would be relatively small compared to the existing populations in the republics of the North Caucasus. And on the other, not only are Circassians traditionally among the most law-abiding people, but Russia has security agencies which can weed out any that aren’t.

And Sergey Arutyunov, a specialist on the North Caucasus in the Russian Academy of Sciences, notes that “the concerns of the federal authorities are no basis for opposing the taking in of refugees. Civilized countries on these bases do not refuse to receive them, and we must not either.”

What Moscow is really afraid of Shevchenko suggests, is that the return of the Circassians would spark questions about who was responsible for their exile in the first place. That is something Moscow wants to do everything it can to avoid. But ultimately, that concern too is without foundation: Russia today has no link with the Russia of 1864.

What makes Shevchenko’s comments especially intriguing is that he is calling for those who claim to be the representatives of the Circassians in the North Caucasus to form a lobby for Circassian issues, a proposal that carries with it the implicit suggestion that if they do not do so, they will forfeit the confidence and support of their electorate.

That changes the nature of ethnic politics in the North Caucasus by putting the leaders of the three Circassian republics on notice that they will face an increasingly hostile population unless they speak up for it in Moscow, even if it appears to them that speaking up in the Kremlin could cost them their jobs.