ICA: "Some say that ICA is a pro-Russian organization. But Circassians live in Russia, we are part of the Russian people and should be a creative resource, not a problem for the country." 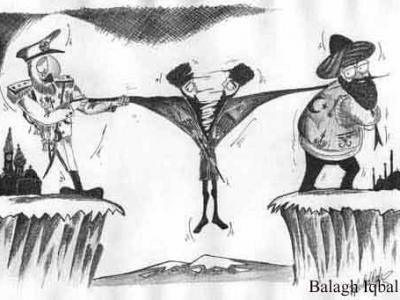 Publication of the grant application of International Circassian Association on the official website of the Public Chamber of Russia for the "Information counteraction of ethnocentric ideology on the Internet" project has caused a strong negative reaction from some Circassian public organizations. ICA was accused of betrayal and aspiring to counteract the Circassian national movement.

"Such reaction is surprising for us", said Arsen Mukozhev, the Executive Director of ICA to “Gazeta Yuga" newspaper. Worldwide network presents a lot of information about the history of the Caucasian war, its causes and consequences of mass departure of Adygs from their historical homeland. Some people claim that it was not genocide, and that the Circassians did not want to live with Russians, that Adygs had an alternative to resettlement and they could stay in their land. We wanted to counter this, based on irrefutable archive documents. There are also issues related to the Nart epos, Kabardian horses are native breed of Circassia, the first climbing the Elbrus, the historical territory of residence of Adygs and so on."

According to Arsen Mukozhev, this issue has caused concern in the foreign Adyghe diaspora: "To avoid misunderstandings, we translated our application to the Circassian language and passed the text to our fellow-countrymen. We explained our position to representatives of Adyg community in Turkey, who recently visited Nalchik, and came to an agreement."

Speaking about the position of ICA in connection with the statement of some representatives of the Circassian community to the Ukrainian government with the request for the recognition of the Circassian genocide, Arsen Mukozhev noted that genocide was recognized by the highest legislative bodies of Kabardino-Balkaria and Adygea: "We are not against its recognition. Conversely, ICA has repeatedly called to the Russian leadership on the matter. But we do not want Circassians to become a bargaining chip in the political confrontation between Ukraine and Russia. Furthermore, we do not like that such politician as Oleg Lyashko, known for his nationalistic views volunteered to represent Adygs in this process. Earlier also we did not want us to be associated with the regime of Saakashvili."

Arsene Mukozhev believes that the controversy surrounding the grant application and the possible recognition of the genocide of Circassians by Kiev have deeper motives: "With pressure from Western countries there is a tendency to push aside the ICA and shift the center of the Circassian national movement to Turkey, where lives the largest Adyghe diaspora. In this scenario, in the Circassian national movement should win the forces with anti-Russian goals. Does it benefit the Circassians, whose historical homeland is in Russia? Some say that ICA is a pro-Russian organization. But Circassians live in Russia, we are part of the Russian people and should be a creative resource, not a problem for the country."

According to a source close to the leadership of KAFFED - Federation of Caucasian Associations in Turkey, at a meeting in Nalchik, the ex-president of the organization Vadzhit Kadioglu demanded that ICA President Hauti Sohrokov disprove published in the official national press statement saying that the position of the International Circassian Association declaims an appeal to Verkhovna Rada of Ukraine on the recognition of the Circassian genocide was agreed with KAFFED President Yashar Aslankaya. It was stressed that if the ICA continue to tolerate inconsistent public statements, the Turkish side will withdraw from it.